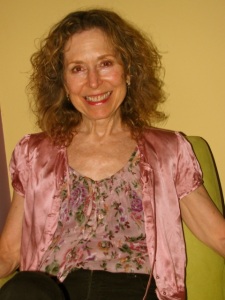 Laurel Airica took to words like a bird to the skies and began her literary flights of fancy early in her life. Particularly enchanted by rhythm and rhyme, palindromes, puns and other ‘electro-poetic’ linguistic phenomena, she announced to her parents with absolute certainty at age three or four, “I bet I now know all the words in the English language.” Laurel began writing poetry at the age of seven. Many years later, in her first public recitation of her work, she attracted the attention of Matthew Marshall, president/co-founder of Higher Octave Music. Through Mr. Marshall’s generous patronage – in addition to a grant from Marion Weber, Laurel was inspired to take everything she’d discovered about letters and words and to turn it into the performance art she now calls, WordMagic: An Enchanted Literary Entertainment. In so doing, she turned herself into the ‘Metaphysical Mother Goose.’