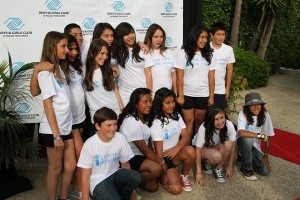 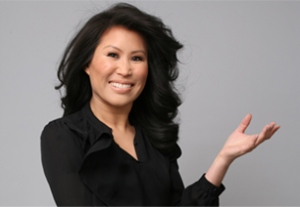 Food is medicine for your body and your soul. Despite a growing body of research, the vast majority of physicians and policy-makers are blind to this and only focus on pharmaceutical-based medicine. Choosing the right foods to eat can help you win whatever race you’re in (dating, job-hunting, business-seeking) and on a larger scale, may even help fix our health care crisis.

Jessica Wu helps us understand the link between food and common diseases, how to put this knowledge into practice at our very next meal, and how eating the right foods can improve appearance and self-confidence. As a finale, she tells us how the right diet can reduce health care costs for individuals, businesses, and the nation. We look forward to this inspiring and informative talk!

Dr Jessica Wu is a board-certified dermatologist practicing in Los Angeles, California. She received her medical degree from Harvard Medical School. Dr Wu is currently Assistant Clinical Professor of Dermatology at USC, where she volunteers her time to teach medical students and doctors in training. www.drjessicawu.com

glas Kmiec is known for engaging political opposition with courtesy and with an eye searching for common ground. He “caused a stir” when he endorsed Democrat Barack Obama in the 2008 presidential election.

Professor of Constitutional Law, Caruso Family Chair in Constitutional Law and Ambassador of the United States (Ret.), Kmiec believes that politics and our lives in community were meant to be civil. He believes that we were intended to seek out our enemies and find common ground, and then, all would be well. It might be, yet. “In this world we have a choice,” he says, “to be very very smart, or to be oh so pleasant; I’ve tried smart, I recommend pleasant.” We look forward to his talk on November 13th. 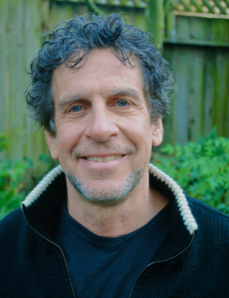 Jared is a vision catalyst! As CEO of DreamSculpt Media, Inc., he is dedicated to creating mindful and soulful media. His clients include award winning filmmakers, best-selling authors, global thought leaders and branding specialists. He is the author of The Flip: Turn Your World Around and Inner Security And Infinite Wealth. His ideas have been published in business journals, MBA textbooks and on the web through his own social media site 2003 -2006 with members in 46 countries. Jared’s highest aspiration is to help build a globally ethical world that recognizes – Love As The Highest Standard. www.dreamsculpt.com

John Lacques has devoted his professional life to using music as a tool for empowerment and transformation. With Drumtime, John combines his unique talents and expertise as an educator, professional drummer and theater artist, to facilitate drum circles that encourage and support others to become creators—not just of music, but creators of joy, health, success and community. www.drumtime.net

Lisa Kamen is documentary filmmaker and psychologist devoted to the exploration and “felicitation” of greater well-being through film, “H-Factor…Where Is Your Heart?”, Harvesting Happiness workshops as well as one-on-one private coaching and a pending 501(c)(3) non-profit corporation to serve returning Veterans and their loved ones who are experiencing Post Traumatic Stress Disorder (PTSD), Traumatic Brain Injury (TBI) and other post-deployment reintegration challenges. www.hh4heroes.org

Ted McDonald is a yoga teacher, endurance athlete, and freelance writer. Educated in both Iyengar and Ashtanga styles of yoga, he teaches a Vinyasa flow class with upbeat music creating a fun and safe environment for his students, tailoring his teaching and retreats to a diverse audience, including endurance athletes, business professionals, yoga teachers, as well as beginning students. A published author, Ted regularly contributes to the Yogitimes, LA Yoga Magazine and Los Angeles Sports & Fitness. Formerly an Elite Adventure Racer, Ted still thrives on the adventurous outdoors competing in marathons and triathlons.
5pointyoga.com

Rabbi Judith Halevy holds advanced degrees in International Relations from both Rutgers University and Columbia University. She has worked in the fields of bilingual education and cultural diversity, served as director of the Taos Arts Association, Board of the National Endowment for the Arts, co-founded Metiva, a Center for Jewish Spirituality, and Sarah’s Tent, a community based on Judasim and creativity. A senior fellow at the Shalom Hartman Institute in Jerusalem, she has served as spiritual leader of Malibu Jewish Center and Synagogue since 1996. mjcs.org